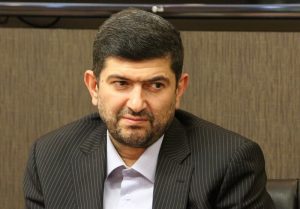 Iran exported goods worth $32.5 billion in the period between January and September in 2019, deputy minister of industry, mine and trade for commercial affairs of Iran Hossein Modarres-Khiabani has said. In an address to the working group for promoting Southern Khorasan province’s exports, Khiabani also said that removing obstacles in the way of exporters is among the government’s priorities. Iran’s trade balance stands at $65 billion, taking into account the total imports, the minister added. He further noted that efforts are underway to diverse target markets as well as the items exported from the country. South Khorasan province with about 331 kilometers of shared borders with Afghanistan and due to being located on Silk Road has always been considered as one of the important parts for merchandise exchanging. Nouri emphasized that first priority of the Ministry of Industry, Mine and Trade is to support producers and the relative satisfaction of the consumers is the ministry’s second priority. The World Bank believes Iran’s economy is expected to contract further by 8.7 percent in 2019/20 due to external shocks to oil and gas sector output.