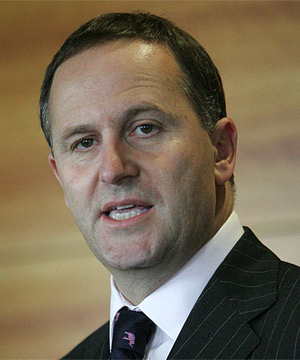 Prime Minister of New Zealand John Key, on February 4th took the first step towards restoring the country’s dire level of business confidence by introducing a raft of initiatives designed to boost cash flows, access to credit and compliance costs for small business.

Costing $500 million over the next four and a quarter years, Key said some of the changes would be fast-tracked so they could be applied from 1 April.

But in assessing the effectiveness of the package, taxpayers shouldn’t just look at the money involved.

Equally important – for both the general economy and the jobs market – is the message the changes will send to the business community: that the government has listened to its concerns and is prepared to offer practical help.

“It’s not just about money but also the ease of doing business,” Key says.

This has been a long-running sore and last month business spat the dummy.

Despite aggressive cuts in the Official Cash Rate (OCR) since December, last month’s NZIER business confidence survey threw up the worst figures since the surveys were started nearly 40 years ago.

This, in turn, exacerbates the deteriorating jobs market.

Locked in survival mode, businesses have become loath to hire, or even retain, staff. The hatches are being battened down – to the extent that some companies now refuse to even consider good business propositions, let alone invest in anything.

This is dangerous territory. Ongoing economic uncertainty is the biggest killer and the government has clearly understood anything it could do to provide some firm ground under company balance sheets might stem the steady flow of redundancies (and bankruptcies) now blighting business.

Key says the government has consulted with the Small Business Advisory Group and Business New Zealand. While there’s been some disagreement about the fine print, these groups have got basically what they wanted.

With business confidence in the doldrums, unemployment is expected to rise steeply tomorrow when the December quarter figures are released today. The market expects 4.7 percent, up from 4.2 percent in the September quarter. That means unemployment would rise from the current 94,000 to 105,000.

Key said he hadn’t seen the unemployment figures. But the government is doing its bit to try to raise business confidence by:

* boosting cash flows by cutting the amount of provisional tax businesses must pay;
* reducing penalty rates for wrongly estimating the amount of tax owing;
* reducing the number of times a year firms have to file GST and FBT forms;
* raising the threshold for GST registration;
* expanding the powers of the Export Credit Office by enabling it to offer short-term trade credit insurance to exporters;
* expanding the thresholds of the Disputes Tribunal (from $7,500 to $15,000);
* offering business advice and a free mentoring service; and
* the government setting an example by paying its own bills on time.

Combined, these initiatives will make a huge difference to New Zealand’s 400,000 businesses which are struggling to pay provisional tax, comply with other tax obligations and to meet payrolls each month.

For example, the package means businesses don’t have to pay $245 million in provisional tax in May – a major boost to cash flow.

Phil O’Reilly, CEO of Business New Zealand, says after the 90-day probation period for new employees was passed into law, the next biggest issue was provisional tax.

“A lot of tiny businesses are operating on cash,” he says. “The capital of their business might be a van and a mobile phone. For people like this the new rules will be very impactful.”

Likewise, O’Reilly says, businesses will notice the difference when government departments start paying their bills on time. Debtors are now dragging payments out to 90 days, meaning businesses often struggle to meet the monthly wages bill and to pay their creditors.

Expanding the threshold for Disputes Tribunal claims also helps businesses recover their debts faster, while the planned mentoring system will help businesses to produce documents like cash flow forecasts and three-year business plans when applying to banks for credit. Many, O’Reilly says, haven’t had to bother with such things for 10 years while credit has been relatively easy. The banks say they’re still open for business but they’re much more risk averse than last year and require tighter documentation. Getting a loan is harder and there’s “more conditionality”, he says.

Key could have done better in two areas: the extent to which the government has lowered the formula for provisional tax (to 100 percent of last year’s income tax compared with the current 105 percent) and the penalty (use of money interest) rates for business taxpayers who under-estimate their provisional tax.

The current under-payment penalty is 14.24 percent. This will drop to 9.73 percent – a concession to business but still well above market interest rates and significantly higher than the OCR of 3.5 percent.

Key says this is the most expensive component of the package and while he agrees it’s easy to miscalculate provisional tax, it’s a step in the right direction. He said the government wanted to make sure businesses “paid what they needed to pay” and that the IRD “is not a bank for the government”.

On the formula for provisional tax, Key says Cabinet discussed dropping it lower than 100 percent but ultimately businesses would have to meet its full tax obligations “and we didn’t want to put them in a worse position later on”.

All up, Key says the total stimulus package to date is $9 billion over the next two years (compared with NZ’s GDP of $170 billion) and the country is in the top five internationally on a percentage basis for such stimulus packages. “It’s not like we’re not doing a lot of stuff already…. But it’s a fine balancing act between doing more and making sure we don’t blow up the Crown accounts.” 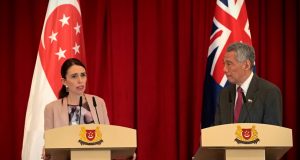 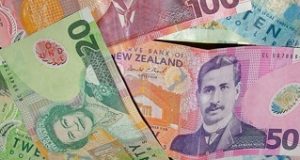