Home » In News » Small enterprises to get loans at lower rates

Small enterprises to get loans at lower rates 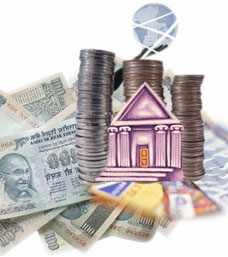 Government-owned banks have also decided to provide ad hoc, need-based credit of additional 20 per cent of each borrower’s existing loan limits to meet their working capital needs. The ad hoc loans would be for a one-year term and would have a moratorium of six months, when borrowers would have to pay only the interest due.

Government-owned banks, which have lent an aggregate of about Rs 2,66,000 crore to MSMEs, would also increase their working capital limits in view of delayed payments by their clients and also lend the maximum possible against receivables of up to six months. Public sector banks would also set up regional MSME care centre cells to redress all the grievances of MSMEs, OP Bhatt, chairman, State Bank of India, said.

Currently, state-owned banks’ loans to such sectors are growing at 25-28 per cent, RM Malla, chairman and managing director, Small Industries Development Bank of India, said. The idea is to stimulate the MSME sector, and thereby the economy, Bhatt said.

About 40 per cent of the GDP is accounted for by the MSME sector.