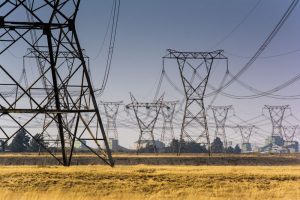 Eskom’s new chief executive took charge of the crisis-plagued utility, embarking sooner than planned on the mammoth task of fixing a national power deficit and restructuring debts that have hobbled South Africa’s economy. Andre de Ruyter, appointed by President Cyril Ramaphosa in November, will oversee a government plan to split state-owned Eskom into three units – for generation, transmission and distribution – in an attempt to make it more efficient.

Ramaphosa is trying to revive Africa’s most advanced economy, which is flirting with recession, and attract new investment. Eskom, which generates more than 90% of the country’s power, is in its current form widely viewed as the biggest impediment to growth, though the restructuring plan has taken shape against a backdrop of stubbornly high unemployment, and unions have pledged to fight it.

De Ruyter had been due to start work on Jan. 15, but the sense of crisis surrounding the firm, which has been leaderless since July and imposed the latest in a long run of power cuts at the weekend, persuaded him to take the helm early. Saddled with unreliable coal-fired power stations, Eskom has struggled to meet demand since 2007, forcing it into several rounds of extensive power cuts. Outages last year dented economic output and shook investor confidence in Ramaphosa’s administration. At the weekend, it cut up to 2,000 megawatts (MW) from the national grid due to a shortage of generating capacity.