Transfer of govt. land made easy for infrastructure projects 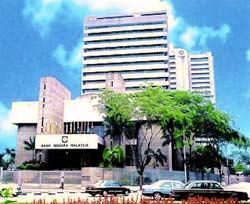 This was leading to long delays in awarding concessions for infrastructure projects, particularly Public-Private-Partnership (PPP) projects. The relaxation in the policy will help in transfer of government land without further procedure delays. Land alienation will also be allowed for parcels of lease, rent or license to a concessionaire through the PPP approval committee route and approved by the finance minister or by the ministers concerned or by the cabinet, depending on the value of the project.

Transfers will also be allowed for development of railway land by the Rail Land Development Authority. This would be according to the provision of the Railways Amendment Act 2005 and in accordance with the prevalent policies and guidelines of the railway ministry and the government.