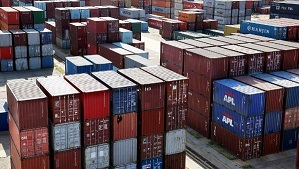 Vietnam is considering cutting tariffs on several American products, the Ministry of Finance said in a statement recently, after U.S. Commerce Secretary Wilbur Ross urged Vietnam to reduce its trade surplus during a visit to Hanoi last month.

Tariffs on chicken and processed chicken meat, almonds, grapes, wheat, pork, and potatoes are all earmarked for reductions; in order to re-balance bilateral trade, the ministry said in a statement on its website.

Vietnam has emerged as one of the largest beneficiaries of the trade spat between Washington and Beijing but it is concerned that it could be U.S. President Donald Trump’s next target. Vietnam’s trade surplus with the United States hit $38.4 billion in the first 10 months of 2019, up 33.66% from a year ago, customs data showed.

The Southeast Asia country is at risk of being labeled a currency manipulator by the Washington because of its trade surplus with the country, a highly positive current account balance and because its central bank has been quite active in terms of net foreign exchange purchases.